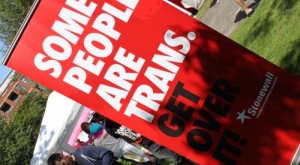 The theme this year is trans resistance, the aim is to fight against prejudice.

But it’s also about education and understanding transgender issues.

Click here for more details on transgender support groups across the UK.