Many people think about “coming out” as one big event that happens and then the person is established as LGB or T.  In reality, coming out is a process that continues all through life. 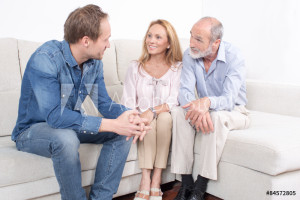 The initial disclosure to friends, parents, or family members may be the most difficult, particularly for people whose friends and family are not supportive and accepting of the LGBT person.   Even people who are generally supportive of LGBT rights may have difficulty accepting their own son, daughter, brother, or sister as gay.  If you are a young person still dependent on your parents, this can be particularly risky.  LGBT young people are more likely to find themselves homeless than their non LGBT peers comprising up to 24% of the youth homeless population (AKT 2015, Cull et al 2006).  If you are living independently, you may still fear rejection or just a change in your relationships with family members.  Even your closest friends and family members may look at you differently and it can take time for everyone to adjust.

People who love you will often come around given time, regardless of their own views on homosexuality.  It can help if you are prepared to answer their questions, or refer them to guides like the ones listed below.  You may be able to give reassurance that being gay doesn’t  prevent you from getting married, having kids, and doing all the things heterosexual people do.  It is important however to remember that regardless of your sexual orientation, everyone has the right to privacy.  If you are being asked intimate or personal questions, point out that the person asking wouldn’t be comfortable with you asking the same questions of them.  Sexuality and relationships are intimate and private between the people involved, and you shouldn’t be pressured to discuss these details. 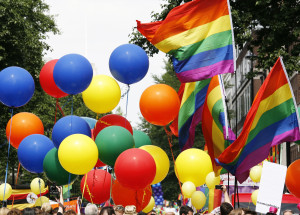 With time and tolerance, most gay people have close and productive relationships with friends and family.  This is reliant on the LGBT person being comfortable with themselves. There are many sources of support available, but if you can’t find any you can check out the Stonewall website for advice and information.  Remember that mainstream health providers no longer consider being gay or transgender a ‘phase’ or a problem that can be fixed.  NHS services for transitioning and IVF are now provided.  Most religions also now recognise same sex relationships, and if you belong to a church or congregation that doesn’t support you, it is worth looking for one which does.

Once the first ‘coming out’ has occurred, there is still the question every time you meet a new person about if or when to tell them.  This includes professionals such as your doctor, acquaintances such as neighbours or colleagues, people who come to your house such as tradesmen or delivery people and those who interact with your children such as teachers.  Fortunately recent years have seen great progress in LGBT rights.  Media portrayal of LGBT people has helped to normalise this minority and social tolerance has increased.  The documentary television series ‘TransParent’  highlights the invisibility of transgender parenting in society, while the comedy series ‘Modern Family’ shows how a gay couple and their daughter have the same issues as any other parents. 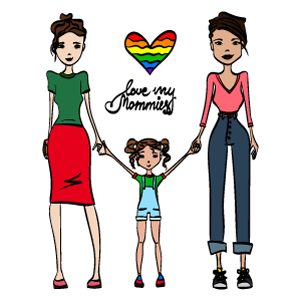 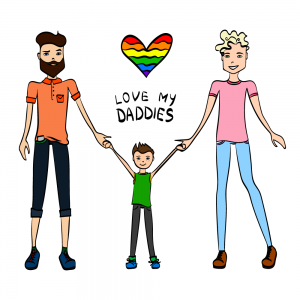 Despite progress in this area, most people still assume that others, especially parents, are heterosexual.  ‘Coming out’ or being ‘outed’ by your children should result in an apology from the person making the heterosexual assumption.  It can be useful to use the generic word ‘partner’ when you aren’t comfortable coming out to a passing acquaintance, however gendered pronouns can still inadvertently ‘out’ gay people.  Many LGBT people become adept at censoring their language so as not to be outed accidentally.

Regardless of the circumstances, any time a person decides to trust someone else enough to ‘come out’ to them, emotions and expectations can run high.  It is important that those on either side of the conversation remember that they are each still the same people they were before, they just have an opportunity to know and understand each other a bit better.

Stonewall’s Support And Advice For Parents Of LGBT Young People

Stonewall’s Support And Advice Coming Out As A Young Person

Kooth is an online counselling and emotional well-being platform for children and young people, accessible through mobile, tablet and desktop and free at the point of use. All support is available via their website.

Support from online counsellors is available:

We receive referrals from GPs and Health Professionals, and also get self
referrals for many reasons including Stopping Smoking, reducing alcohol
consumption, losing weight, sexual orientation and mental health problems, which means we cover
many of the population in Buckinghamshire and come across people from all
walks of life.